You are here:
Marketing 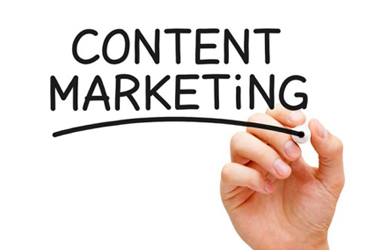 Just as this year started, the digital marketing professionals had discussions about the trends that have changed and about to rule in the year 2017. Moreover, a huge chunk of the discussion was taken over by the content marketing strategy. It is noted as one of the most effective method of online marketing. It had taken over a lot during 2016 and so, the marketing experts have invested more on the content for 2017. Let’s have a sneak peak about the trends of content marketing in 2017:

Revival Of Email and e-Newsletters

According to the marketing content experts, the year of 2017 is the age of email Renaissance. Though the old views did say it would end this year, but the email marketing is reviving and this time its presence is much stronger than the past one. This is due to the increase in the number of email subscribers. This has made the content marketers churn out valuable content for the subscribers. Furthermore, the e-newsletters are now the new means to reach out to more number of people. There are many large companies that are already sending out e-newsletters and reaching out a large number of people. And as per the studies this year, it has been seen that email marketing would have a really high competition during this year. So, it is not something surprising that more brands would start email marketing on a large scale and grow their audience.

Move to the Influencers

The Influencers are the social media faces that are highly popular and have a really large following. The businesses are expected to use these people’s outreaches to enhance their engagement rates. Content sharing would be done with the Influencers being the center of attraction for 2017. With the Influencer’s campaigns on the social media, it would make the businesses get a huge audience all at once. But there is a key to it and it is to find the right Influencer. The right one would be that person who has a relevant following, as in that audience who would be interested in your content. This has already started heavily by many brands and it would be the main thing in 2017 as well.

Asa Another thing that has been taken over the trend is the visual content. And seeing its growth has made it evident that it would also take over in 2017 where the video contents would be the one exploding and driving about 69% of the traffic on the internet towards the website. And it has been agreed by the professionals that videos being a higher ROI as compared to any of the other forms of the content on the web. This puts the pressure of creating more captivating and engaging video content for a larger audience to come in. A large credit would go to the live videos provided by Instagram, YouTube and Facebook.

It is obvious with the type of generation today that the interactive content is much better than the static one. How would you like to read something that doesn’t ask you to question yourself or have a conversation with you? And it is not because this content keeps you engaged, it is more because it offers you with valuable insights on how to remodel the content for the customer satisfaction. It also intensifies the recognition of the organization’s message in the minds of the readers. Interactive content can also be in the form of interactive infographics, calculators, quizzes, surveys, interactive infographics, maps, and games to engage the audience.

The content writers are now acknowledging the big data, since it would offer more personalized content to the audience. The year of 2017 would be the year where all the big data that has been collected over the years, would be used to target the right audience with the right content and even at the right time. The campaigns would be customized according to the data as per the audience’s interest. With the big data the marketers can easily communicate with the audience. A lot of marketers would be analyzing and enhancing their content using the data that is collected from the journey of the audience. So, for you to be on the top in the competition in 2017, you would have to keep all these points in mind. These trends would surely make you successful for the time. If you are not able to get the best, ask iNFIN Technologies to help you with it.

The Right Way to Use Keywords for Bloggers
September 4, 2019